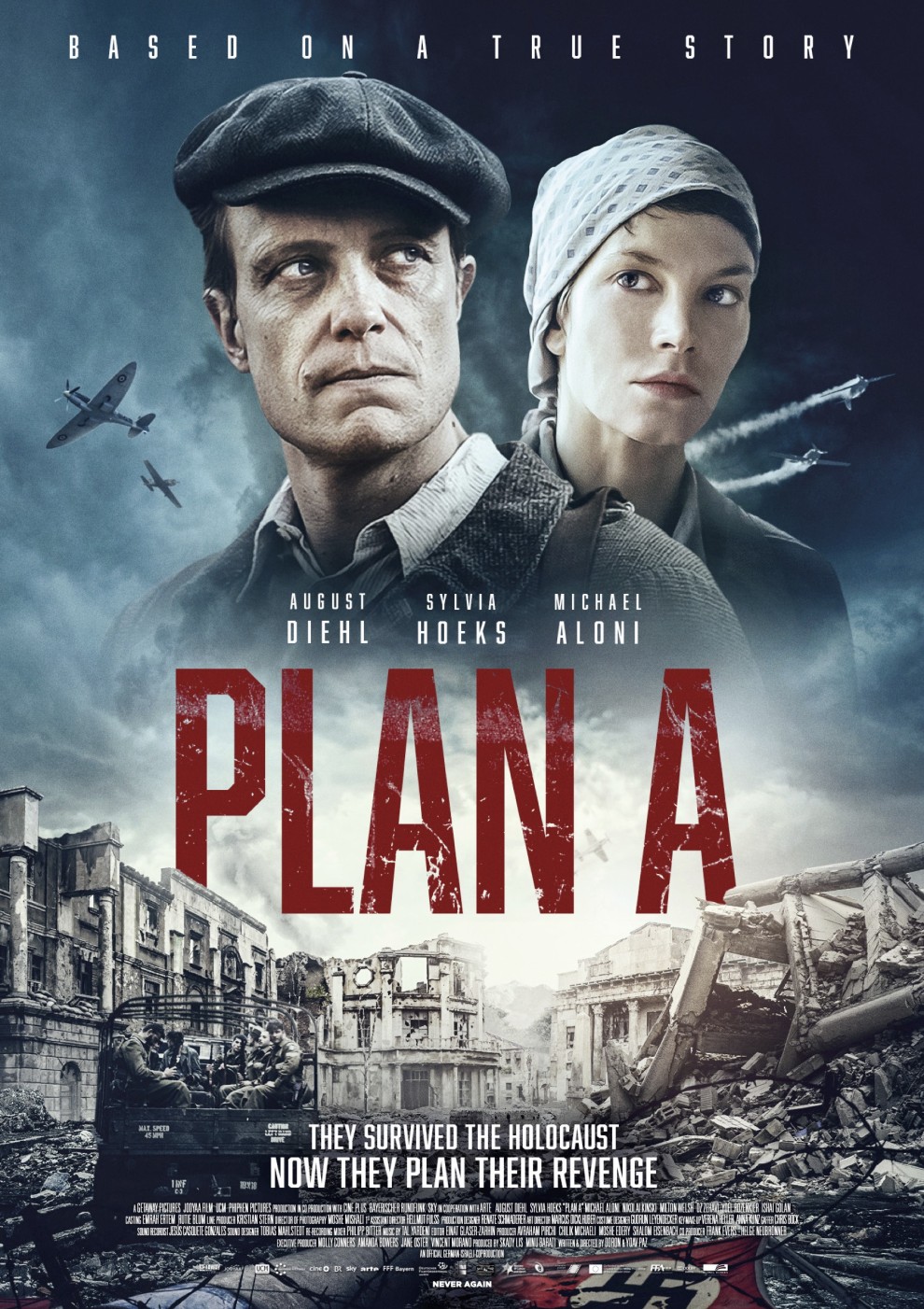 PLAN A is based on the incredible true story of the Avengers. A group of Jewish vigilantes, men and women, who after surviving the Holocaust vow to avenge the death of their people.

Max, a Holocaust survivor, has lost all his family in the camps. Full of rage and with nothing left to live for other than revenge he helps the Jewish Brigade, soldiers under British command, to find and execute Nazis accused of having leadership positions, off the record. When the brigade is called off, Max follows Anna and a group of former partisans to Nuremberg, where they soon realize that they will not find redemption in the upcoming Nuremberg trials.

Led by charismatic leader Abba Kovner, they formulate the biggest revenge operation in history–Plan A. They infiltrate German water companies as undercover engineers with only one goal: to poison the drinking water in Nuremberg, Munich, Cologne, Weimar, and Hamburg and “to kill six million Germans, one for every Jew slaughtered by the Germans.”